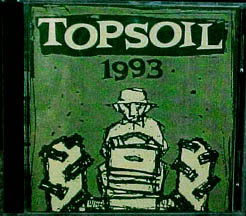 SONG (written by Jim Reichenberger)
Parting Shot (You can listen to and download this track here: https://soundcloud.com/david-geschke/housebreakers-parting-shot)

COMMENTS
The Topsoil compilation albums were a lot of fun, every band seemed to get a song on at least one of them while they were being produced. The song The Housebreakers put on “Parting Shot” turned out very well. The groove Andy and I got is really cool, and what about having a trombone in a rock band? It’s worth checking out any of these Topsoil compilation CD’s if you can find them.