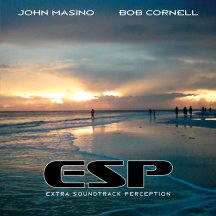 SONGS (all written by MASINO/CORNELL except unless marked with “*”)
Peter Gunn *
The Right Move
Today
Bad Sign * (You can listen to and download this track here: https://soundcloud.com/david-geschke/masino-cornell-bad-sign)
Siesta Wave
ESP
No One Else
Second Chance
Dang!
Drum Solo
Icarumba

COMMENTS
The studio is in John’s basement – he had many other guest musicians play on this disc, so I’m only on BAD SIGN (track #4). It was a tight fit getting stuff down his steps so we didn’t try getting my 8×10 cab down there – I used a 2-12″ guitar cab he had lying around instead. Plugged my bass in through and Ampeg SVT Classic head and away we went!